Two parallel exhibitions, Public Offer and Archizines, surveyed the rich history of design publishing. Shown at RMIT Design Hub from February – March 2013, a sporting theme of two opposing teams emphasised the face-off between the local and international exhibitions. Flanked by two netball goals, the two sides ingeniously line up as publication tables, one kitted in blue, the other in grey. Suspended gymnastic rings operated a flexible display system, inviting interaction. 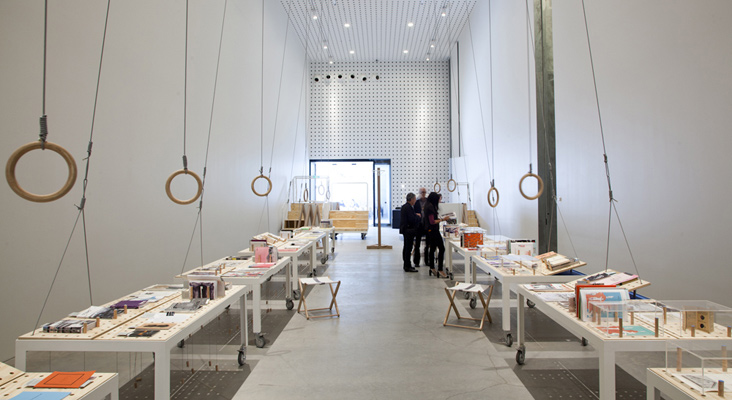 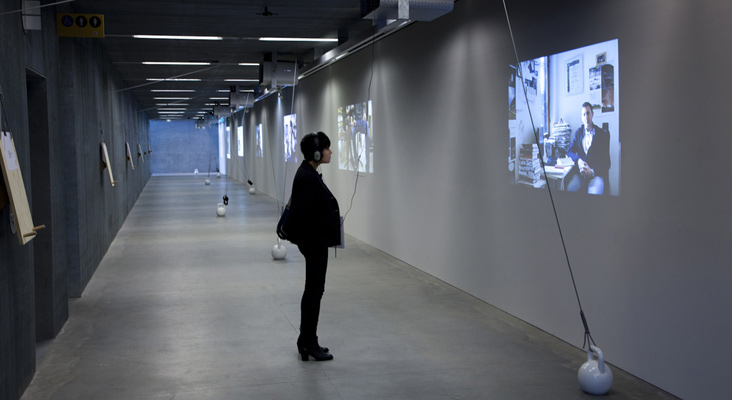 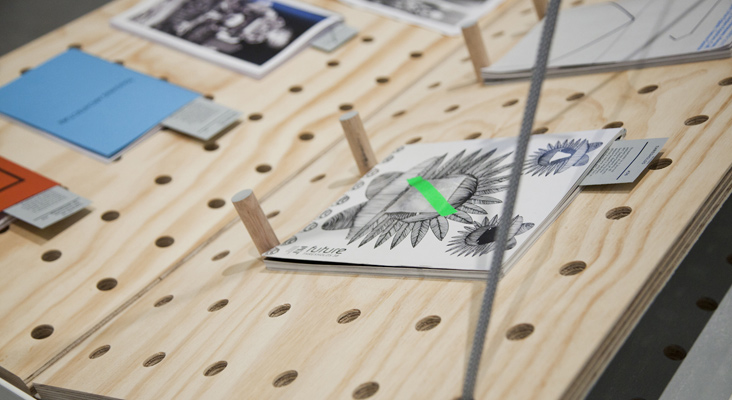