A 1970s office floor is reworked in a daring interior that uses only the bones of the high-rise concrete building. The cladding on the supporting columns is removed, significantly reducing their bulk and exposing the texture as ‘found’ detail. Ceiling grids and tiles are removed to reveal services, with new cable trays inserted like a racetrack around the ceiling. Industrial elements include galvanised hollow scaffolding columns. Extraneous finishes are removed to expose the raw, robust structure of a functional studio. 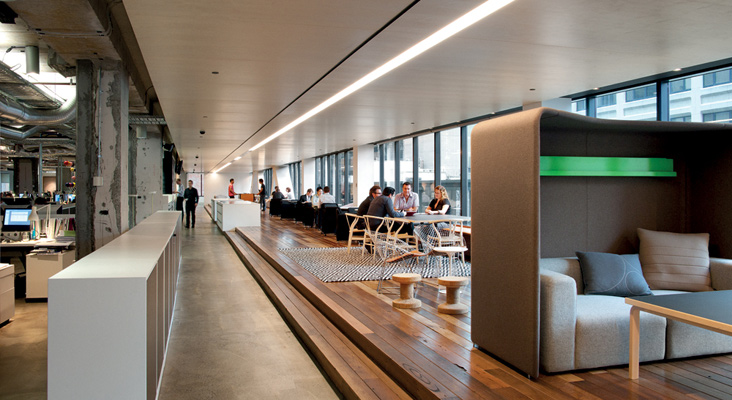