This digital skateboarding ramp was installed for a three-night movie premiere for the film, Tron.   Inspired by Tron’s visual aesthetic, the ramp was transformed into a seamless canvas of light and sound, trigged by the skateboarders’ movements in real-time. Using custom-built hardware and software, each rider was equipped with infra-red sensors and an iPod to track their position and air time. Sound effects taken from the skater’s interia were mixed into the soundtrack, enhancing the spectacle of skateboarding. 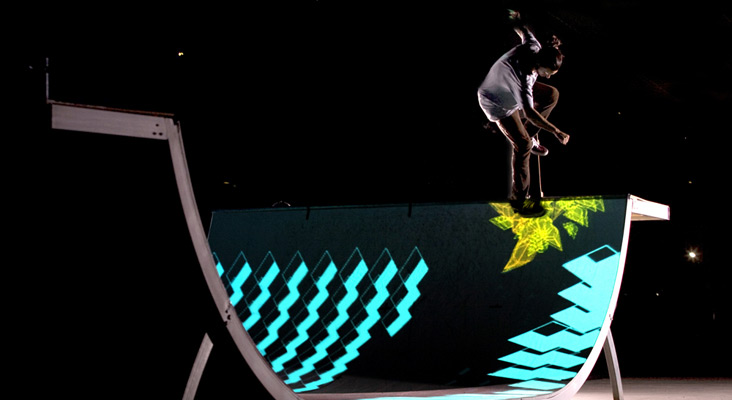