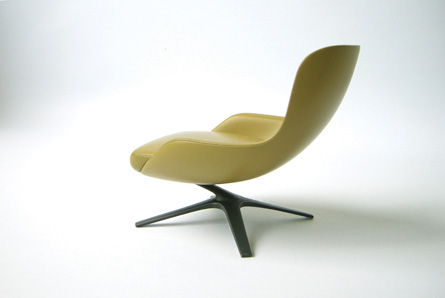 Charles Wilson was nominated by:

What Robert Bevan says about Charles Wilson: He manages to use many different mediums expertly to design everything from sofas to a candelabra and flip top containers (and not just for the sake of it). Each has its own individuality, is true to its innate materiality, is problem-solving and yet, as a whole, his output is both aesthetically coherent and identifiably by him.

*The new design by Charles Wilson for Woodmark, The Heron Chair – Photograph courtesy of Woodmark

Vote this entry for designer of the year