Former iconic Melbourne department store, Georges, was returned to its early 1900s glory to create a ‘studio’ office environment that would reflect its new creative occupants, yet function as a practical modern office. The complexities of designing within an architectural feature-laden space – not originally intended as a workplace – were simply resolved. Additions that detracted from the building were removed. Inserted elements such as bookcases stand free of the building fabric or architecture and respond to a series of needs. 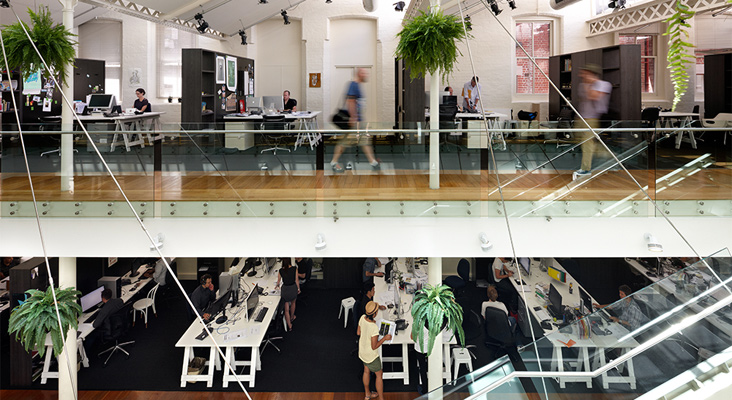 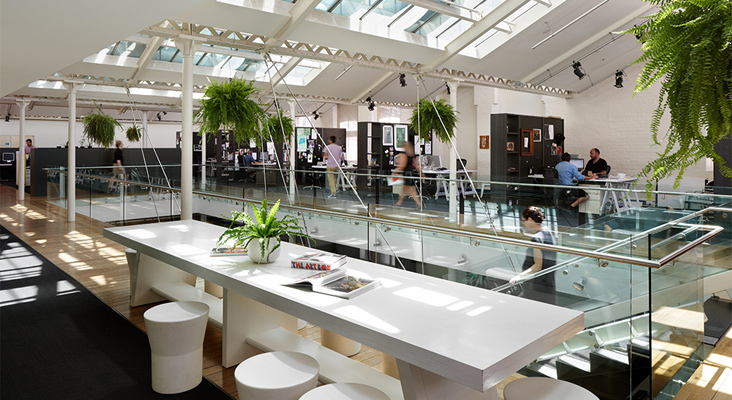