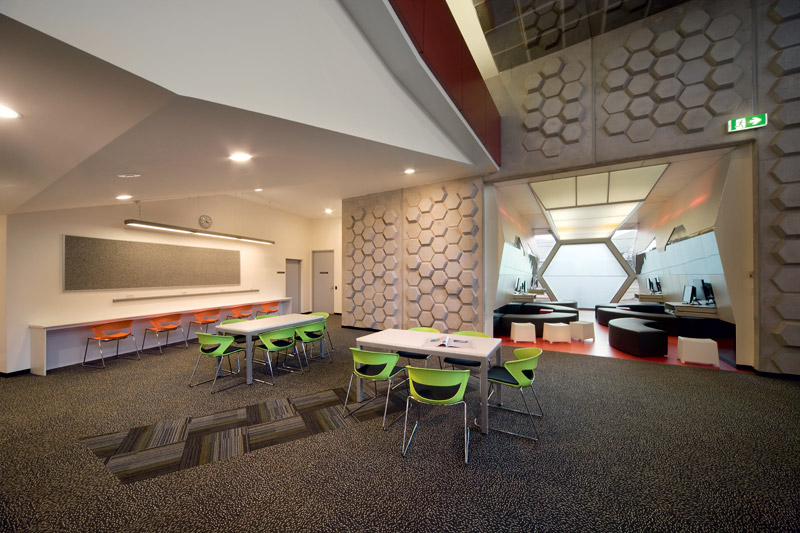 What is the ‘big (IDEA)’ behind this project?
The Caroline Springs Library was inspired by the local geological columnar basalt formations, including the tesselated pre-cast concrete moulds and hexagons of stepped concrete columns. A stylised figuration framing the horizon of the building as an alpolic edge represents a geological layer of unconformity, which is further articulated by a soffit and canopy to the exterior of the building. The internal clerestory breaks the layer of unconformity. A clear internal plan accommodates large volumes of people, and an internal street links either end of the library. 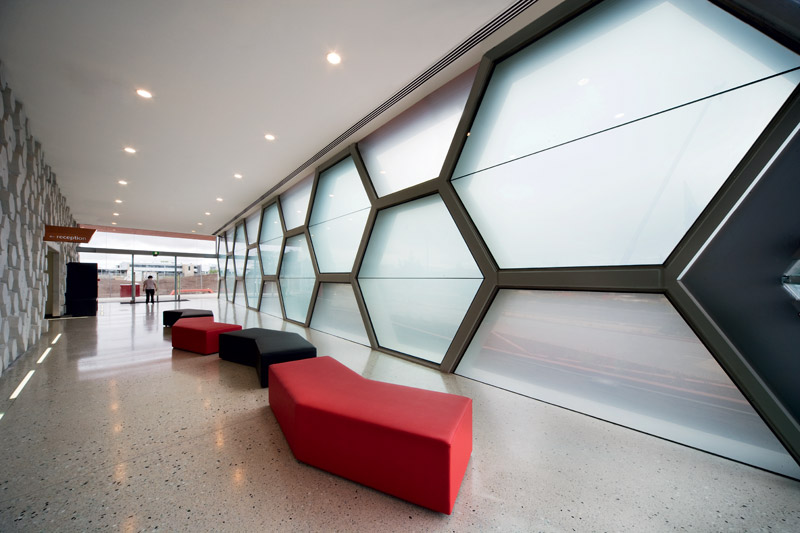 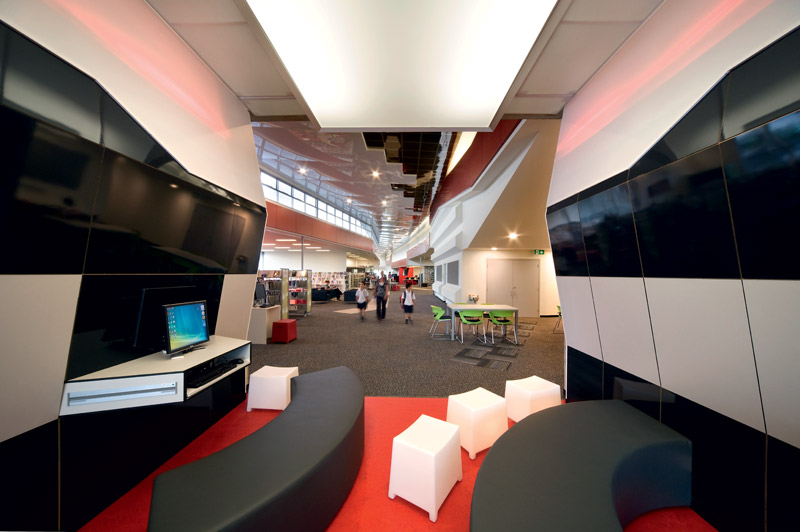